Happy holidays! This season EYH Chicago introduces you to organizing committee member Rosalind (Roz) Norkett. Roz is originally from London, United Kingdom (UK). The UK education system differs from that in the United States, in that Roz was able to specialize in Math, Chemistry, and Biology early in her teen years. Through the “practical, hands on” experiences provided during this time, Roz easily recognized her curiosity for science.

She majored in biochemistry during her undergraduate career because, she says, the field had “a great combination of the breadth and diversity of biology and the depth and focus of organic chemistry.” She felt that “studying biochemistry [was] like taking something apart and putting it back together… with a cell.” During her undergraduate career, Roz gained years of research lab experience, spent some time working abroad, and decided she would continue her STEM education at the doctoral level. 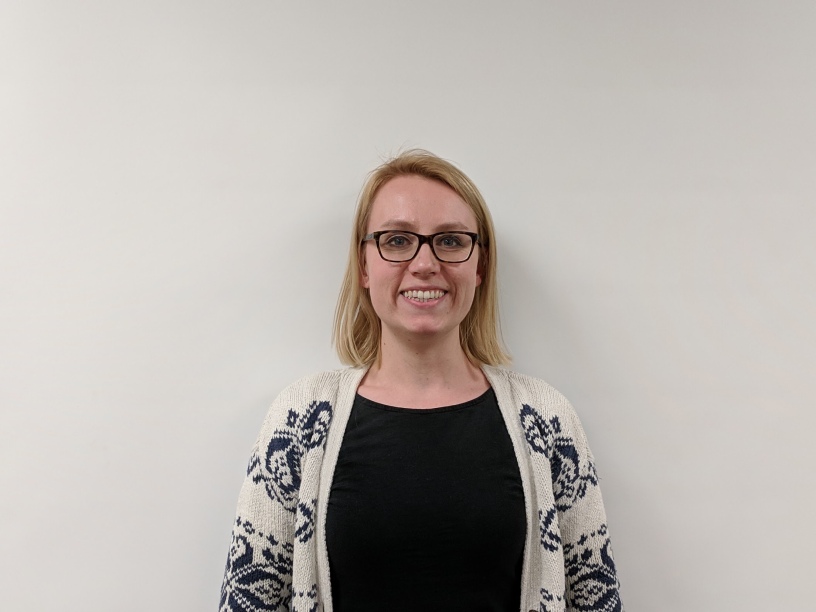 Roz moved to the United States soon after completing graduate school in the UK, and is now a postdoctoral researcher at Northwestern University. In her research, she uses fruit flies to study how neurons develop and potentially regenerate after injury. (Here at EYH, we think that’s pretty cool!) Roz likes her position because she can be an independent researcher in charge of her own project. In the future, she would like to lead a research group on her own. She likes the idea of heading a research group because it would give her the freedom to design her own questions and experiments to address a gap in scientific knowledge. In addition, it would let her keep working with people who are passionate about similar topics – in science, teamwork makes the dream work!

Roz believes that STEM is for everyone. In graduate school, she started volunteering for an organization called Royal Society which strives to demonstrate the importance of science to the public in the UK. Through this organization, she had the opportunity to spread STEM ideas to young children, adults, and families. She remembers one event in particular that emphasized how virtual reality could be used “to integrate sound and sensation in movies [and] give a more immersive experience for people with impaired sight.” If that’s not science with real-world impact, we’re not sure what is! As Roz puts it, “science drives and develops the world around us more than we appreciate.”

Roz continued her volunteer work in the United States by joining the EYH Chicago organizing committee earlier this year. She initially started volunteering as a “buddy,” where she witnessed that the hands-on portion of our program was the most engaging and fun part for our students. It was this interactive component that got her interested in volunteering with EYH long-term, because she recognizes that hands-on STEM is more true to the actual work of being a scientist than a traditional classroom environment – and plus, it’s more fun. Hopefully, she says, “some of the girls would see a diverse group of women in STEM specialties and realize [their] passion in some specific field.” It may spur their interest for the rest of high school or beyond. EYH Chicago is very happy to have Roz on our organizing committee!

Want to learn more about the super cool ladies taking STEM by storm? Sign up for our Newsletter here!